In the first blog in our food insecurity series, Hannah Scott, our researcher and data analyst, explores the current food crisis in London and the role of local food banks.

Read the second blog in our series which covers issues on food insecurity including risks and how to help.

Why are we in a cost of living crisis? 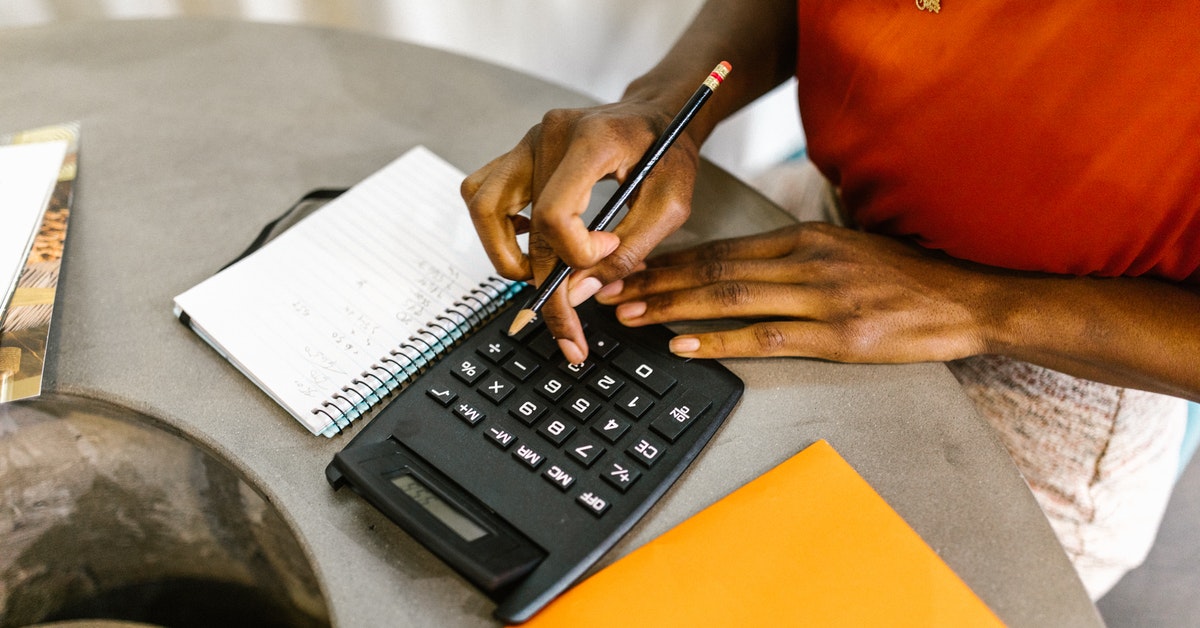 The Office for National Statistics recently reported that the consumer prices index (CPI) rose to over five per cent in the year before January 2022. The CPI is how the government primarily measures the cost of living. This increase indicates that essentials, such as food and clothes, have become more expensive over the past year. The price of these essentials is predicted to increase even further in the coming months.

Nevertheless, the activist Jack Monroe has highlighted that the CPI inflation rate does not represent all households equally. Currently, it is an average for all households and does not account for a wide range of income levels and circumstances. This indicator may therefore exclude groups including lower-income households from inflation calculations.

In particular, the recent value of food prices in supermarkets has increased, while the availability of food has decreased. It has also been announced that a price cap for energy bills will rise by 54% from the 1st of April, a change expected to impact an estimated 22 million people in the UK. Consequently, lower-income households are likely to be disproportionately affected.

Pressure has increased for some households that rely on Universal Credit since the end of 2021. In October, the government’s Autumn budget [PDF] was announced. The government did not extend the £20 per week uplift they had distributed during the first Covid-19 pandemic. However, neither average pay nor benefits have risen in line with inflation, meaning that there has been a fall in “real” income with households spending more on bills.

Statistics from the Greater London Authority (GLA) show that 27% of Londoners were in poverty in 2020 (accounting for housing costs). Furthermore, unemployment levels in London were higher than in other regions of the country during the pandemic. Accordingly, the GLA’s surveys of London-focused civil society organisations during the pandemic found that financial security and access to food were a common concern. Organisations also experienced an increased demand for support around poverty, homelessness and access to benefits.

We know that many households struggle to cover all of their living costs. Data from the Food Foundation shows that during the winter, UK households have already had to choose between spending on food and energy costs. 16% of households have had to cut back on the quantity and/or quality of food to afford other essentials. With rising inflation and energy bills, it seems likely that this number will grow in the coming year. 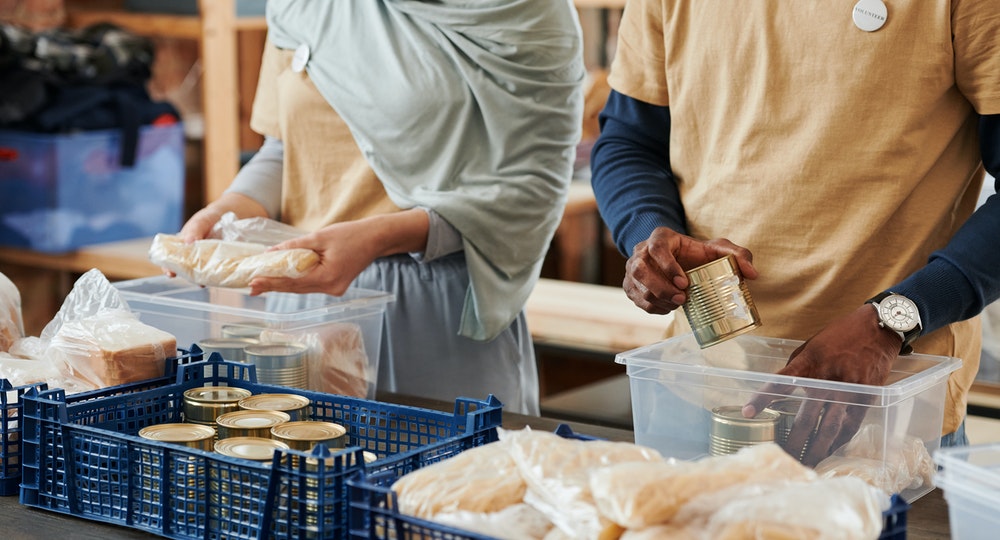 Food banks are the main means of support for those struggling to afford food. Voluntary organisations run these, providing food parcels (and often other household essentials) to people in urgent need.

Currently, it is estimated that there are at least 2500 food banks in the UK; with over half (1300+) run by the Trussell Trust. The Independent Food Aid Network (IFAN) counts over 1100 independent food banks within their network and the Salvation Army also runs a network of food banks. Together, these organisations have roughly 300 food banks in London. Other small, local charities often help to meet urgent food needs by providing free cooked meals to communities. However, due to their size and scale, there is little available data on their work.

The increased role of food banks

Since 2010, the use and the number of food banks have increased considerably. A body of evidence links this increase to social security cuts and the introduction of austerity measures, such as Universal Credit, in this period. Additionally, Covid-19 has amplified these pre-existing factors.

The Trussell Trust and IFAN have reported a large increase in the number of food parcels that they have distributed since the start of the pandemic. This is despite the operational challenges [PDF] that the Trussell Trust has reported during the pandemic. Centres have had to adapt practice to accommodate social distancing measures, and at times have had low volunteers numbers as people shielded.

The chart below illustrates the year-on-year increase seen in the number of emergency food parcels distributed in London by the Trussell Trust. These figures do not include parcels distributed by independent food banks. Actual numbers are likely to be far higher. Also, this data does not tell us how many individuals’ households need to use food banks. 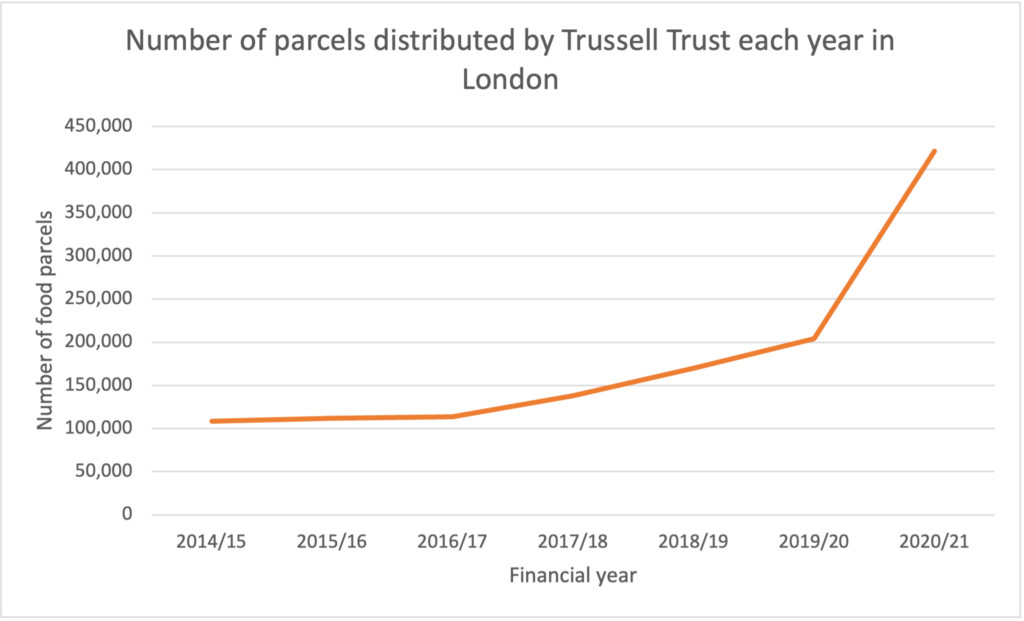 The number of parcels distributed by the Trussell Trust has increased steadily since 2014.

The insecurity of food banks

An IFAN survey for member food banks in December 2021 provides the most recent UK-wide data about food banks openly available. 90% of food banks in the IFAN network experienced an increase in need in the previous six weeks. There was also widespread concern about their ability to continue to provide services if demand rose further. They also reported that donation levels had dropped.

This highlights the insecurity that food banks face by being reliant on volunteers to manage and donate stock. They are only successful if a majority of the local community is able to donate time and resources to support others. Arguably, the increase in inflation and rising energy prices are likely to reduce the number of people with the capacity to support food banks.

Other limitations of food banks

Other factors impact the ability of food banks to get parcels to those who need them. Potential users can be deterred by the stigma associated with using them. Additionally, practical access to food banks can limit their effectiveness. This includes limited opening hours due to volunteer numbers, as, often, food banks are not open on evenings and weekends. In a recent British Medical Journal article a food bank manager is quoted stating:

“We’re concerned about how people in work need to access help—in the past most of our guests were unemployed, but this really isn’t the case anymore. Recently we had a session where 50% of our guests had work of some kind.“

Concerns have also been raised about how those who need emergency food aid are referred to food banks. Local agencies must refer most food bank users, such as Jobcentres or Citizen’s Advice. As a result, these agencies act as gatekeepers. There is no publicly available data that documents how many referrals these agencies hand out.

Food provision is not only about providing enough to stop people from going hungry; it also needs to be nutritious enough to keep people healthy. Practically, typically food bank parcels contain goods that do not expire before they are distributed. However, this means that ingredients to support a nutritionally balanced diet can’t be guaranteed.

If you are interested in reading more widely on poverty and government policy in London, you can read our levelling up blog.

If you would like to help with this growing issue, head to the London’s Lifelines Food Aid Volunteering page.

Sign up for our newsletter to receive monthly news, resources, events and updates from the London Plus Team.

At this point, it seems like most of the #CostofLivingCrisis resources available in #London have been added to our resource document... Has anything been missed? If you know of any #CostofLiving help that isn't on the list, please let us know! loom.ly/V3c_z8c