We are currently working to put together the data and intelligence strategy for London Plus. A large part of this strategy will be to develop original research on the state of the civil society sector in London.

People were asked whether they had given unpaid help to anyone who is not a relative, either informally, or formally through a voluntary agency. This could include offering help directly to an individual, or involvement with groups and events. 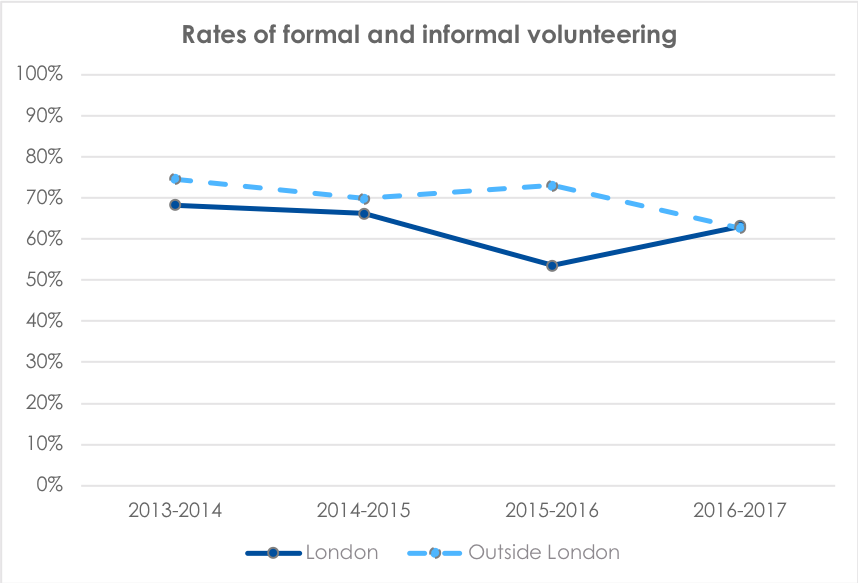 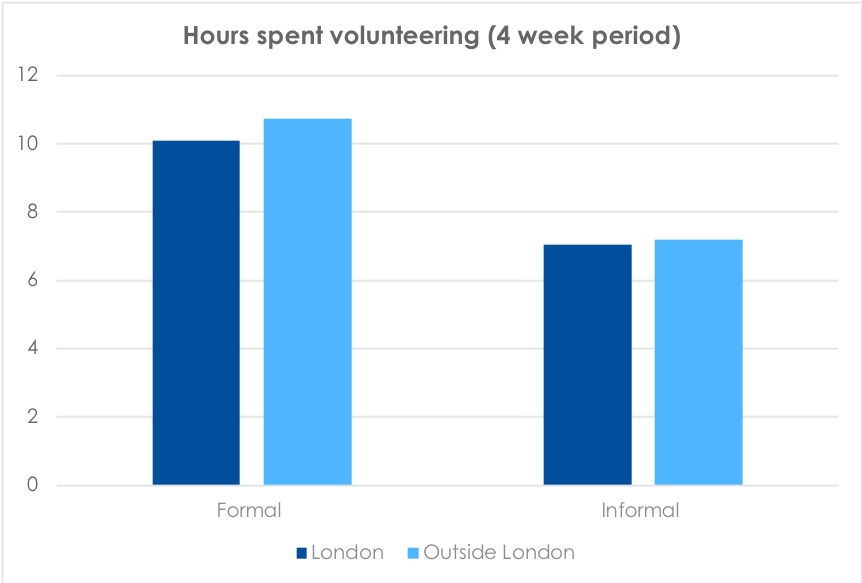 [1] This chart combines responses from 2013-2017 to calculate averages. Hours spent volunteering across these time periods were relatively stable.

People were also asked about their civic participation. This was defined as the extent that they are involved in local affairs, including online participation and community decision making through formal roles or groups. 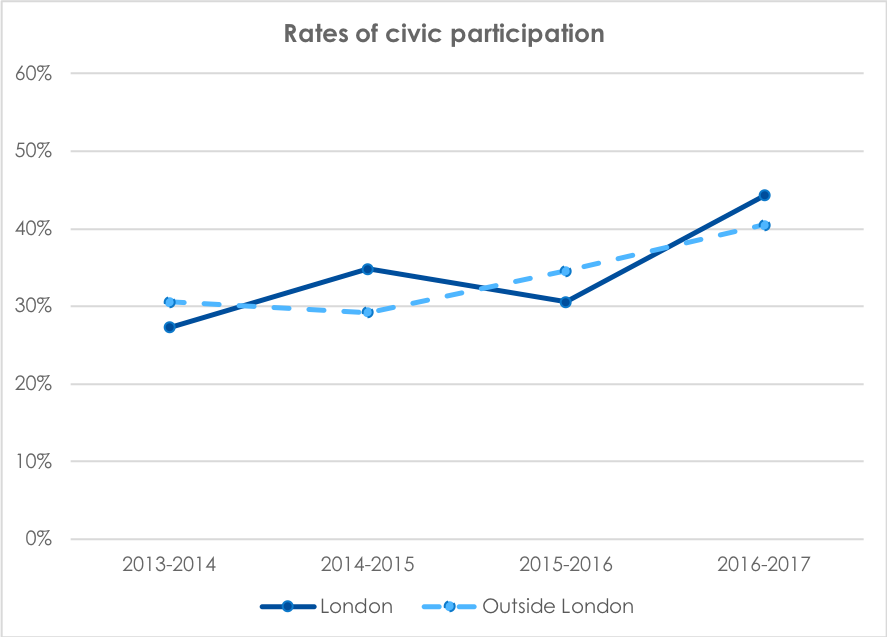 We have a number of questions remaining about civil society in London that we are aiming to explore in our research programme. These include:

If you have any questions, recommendations for research we could be doing, or for how best to use data and intelligence to support civil society in London, please email us at natasha@londonplus.org

Data note: The community life survey includes just under 4,000 people living in London over the four survey years. Survey weights are used to maintain representativeness of the sample.