One Friday in August 2021, our two organisations London Plus and the VCS Emergencies Partnership each received a different but urgent message. Earlier in the week, stories and news reports were coming out of Afghanistan about the airlifting of thousands of refugees from the country as part of the British withdrawal (alongside that of other nations). Refugees were starting to arrive in the UK, with the largest number landing in London.

Support During the Afghan Crisis

London Plus (LP) had already circulated to its networks a call to organisations who might be able to help. Arriving Afghans would need support, having left their country with next to no possessions.

The voluntary and community sector can mobilise quickly as communities respond to urgent needs. It was not clear the extent to which local authorities and other statutory bodies would be able to respond quickly enough, or even know what was happening given the speed of events.

Ordinarily, LP shared information and made connections, but did not get involved directly coordinating the work of charities and others. That was the initial intention here.

But that evening a video arrived from Lewisham via WhatsApp of a room full of bags of clothes and necessities. It was accompanied by a message saying “where shall we deliver this?” The question needed an urgent answer. A growing number of emails were also offering help and looking for guidance on how best to do this.

Around the same time, the VCS Emergencies Partnership (EP) was in discussion with the Home Office about the arrival of Afghans. They received information about the hotels where the Afghans would be temporarily housed. There was no clear indication that local authorities were included in this information, nor would have any direct responsibility.

EP needed to work out what to do. It would need to mobilise its connections somehow to respond.

Building partnerships by working together

EP and LP had worked together throughout the pandemic, but the following days and weeks would build a close working relationship and provide the basis for a new partnership. As the two organisations worked to define, shape and coordinate a host of organisations and groups across London supporting the 5,000 Afghans across 15 hotels in eight boroughs, a new relationship developed.

The London Communities Emergencies Partnership is the direct result of this episode as well as the wider experiences of the pandemic together with the emergencies of the Grenfell tower tragedy, the Manchester Arena bombing and other incidents which led to the creation of EP.

The Challenge of Emergencies

Addressing emergencies in London is demanding. The scale and complexity of the city, as well as the huge range and diversity of its charities and community groups, requires significant resources, knowledge and information sharing.

It also needs organisations with expertise in emergency response as well as charities and groups with vital local knowledge about communities who can apply this when an emergency strikes. And it needs funders involved throughout too – the work of funders in London, their responsiveness and willingness to flex and adapt in recent years, including during the pandemic, has been notable and valuable.

The pandemic highlighted the challenges. To support London’s response to the pandemic, groups of charities and others were brought together by City Bridge Trust, London’s largest independent funder of charitable activity.

The groups came within the purview of the London Strategic Coordination Group (SCG), the official body managing London’s response to the pandemic. The challenges these groups faced were often about the sheer volume of information as well as the number of organisations to be consulted and included. Sub-groups focused on bereavement, volunteering, food, funding, and other topics were needed to tackle the issues.

The breadth of the experiences coupled with previous frustration at lessons not being fully acted on, gave an impetus to this work. The GLA too, in its role of supporting London’s resilience, had a stake in capturing and applying lessons.

The London Communities Emergencies Partnership aims to address these needs and provide a new platform. It aims to be London’s mobilising mechanism, bringing together organisations across the voluntary and community sector; ensuring and providing a coordinated input into emergency relief efforts, alongside partners in local and national government, faith-based groups and funders.

To this end, the London Communities Emergencies Partnership must achieve two interconnecting goals.

First, it needs to provide a reliable network and connection point between the right set of formal and informal organisations and groups in London’s voluntary and community sector, whatever the nature or threat of the emergency. This requires LCEP to be flexible, able to adapt to a fire, a terrorist attack, or a shortage of food.

Whatever happens, LCEP must be ready. For example, knowing which organisations and groups are best placed to help and being part of the planning, preparation or response are crucial. A pre-requisite for this is to have a set of trusted relationships across London.

This might be through supporting with emergency care, providing volunteers helping give information to residents, or offering counselling, or providing food. Charities and community groups can help in a myriad of ways or, if there is insufficient coordination and information, might inadvertently hinder.

These requirements – constancy and reliability, as well as flexibility and adaptability – are core to LCEP’s work.

LCEP aims to bring together the wide voluntary and community sector to deal with emergencies. Both organisations whose day job and specialism is emergency planning and response, as well as organisations whose core focus is community development but who turn to emergencies when needed. This aggregated and coordinated strength of the VCS when an emergency strikes is the value of LCEP.

This might all sound abstract and impossible to achieve in practice. But it is not just an idea. LCEP has been active for a year, albeit in an informal and limited form, without dedicated resources until now. 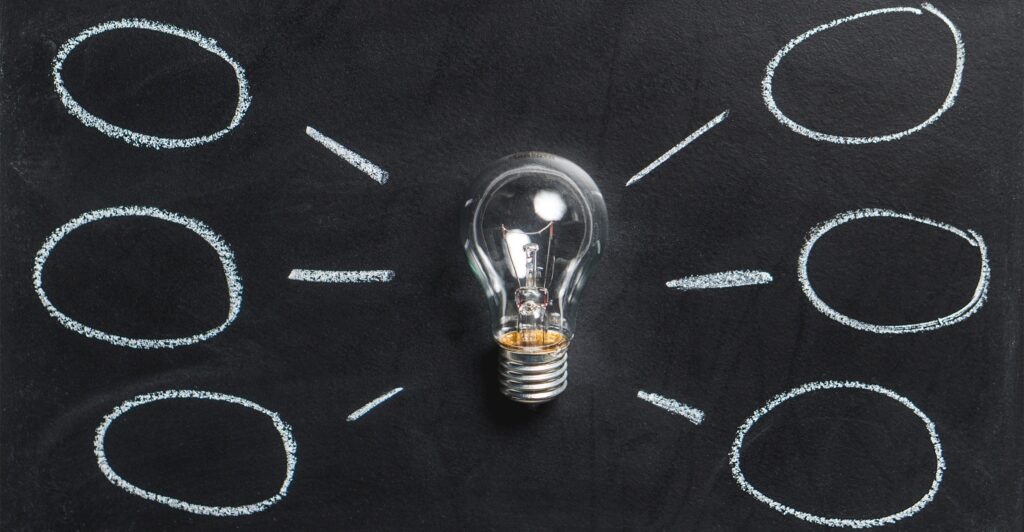 What has been done by the London Communities Emergencies Partnership?

Designed in the heat of an emergency when Afghan refugees arrived in August 2021, LCEP has worked since then. Organisations including the British Red Cross; RE:ACT, which mobilises mostly ex-military volunteers; Havering Volunteer Centre; a clothes donation depot in Lewisham; the charity Little Village that provides support for 0-5 year olds; and others, played crucial roles helping the Afghan refugees.

All these and more were mobilised. Information was pooled and tasks were shared. Organisations passed on responsibilities to one another according to local need, expertise and resources.

With everyone working together, the wide voluntary and community sector mounted an effective response.

All 15 hotels housing Afghans were supported, with the needs of thousands of vulnerable children and adults carefully identified. For example, a range of baby clothes and food, nappies, prayer mats, adult clothes, mobile phones, and other essentials were delivered over several weeks. The work was coordinated and supported by EP and LP who used simple information tools – no more than a WhatsApp group and shared Google spreadsheets and documents – and liaised with statutory bodies in central and regional government.

Given the nature of the evacuation from Afghanistan, there was little accurate information on the conditions of many Afghans arriving in hotels. Even the numbers were inaccurate. Our group of organisations produced the most reliable set of information. This helped when responsibility for helping the Afghans was handed over to local authorities a few weeks later.

Core elements of the approach and what had worked were identified after this episode. This included the partnership being open. Any organisation was welcome to join and help, whether large or small, expert in emergencies or not.

Managing information flows was crucial – information has to be shared on open and accessible platforms as simple as a WhatsApp group. This ensures that information gets to those who need it to act.

Another element was an effective working relationship with statutory partners. The GLA supported the nascent partnership by smoothing the path with statutory bodies such as the police and Home Office, regional emergency bodies, as well as with management across the 15 London hotels. This echoed a lesson from the pandemic – the voluntary and community sector and the statutory sector reinforce and support one another. The whole is greater than the sum of its parts.

The partnership has worked in various forms since then. It brought together dozens of organisations and groups following Russia’s invasion of Ukraine, ensuring these could all work together and prepare for the arrival of Ukrainian refugees as well as mobilise local support from donors and volunteers.

The partnership was active during the spring and summer of this year also, running exercises to prepare for heatwaves. This became vital as volunteers helped those affected by fires in July and August.

Effective coordination of efforts across the whole voluntary and community sector has sometimes proved elusive in the past. This has on occasion led to frustrations between large established organisations and smaller local groups. The former often have deep expertise in emergency response, whereas the latter have knowledge and experience of local communities. It has also on occasion frustrated the emergency services who need a reliable interface with the voluntary and community sector.

LCEP has started to get this right.

Getting it right further requires investing in relationships and building understanding ahead of emergencies. When something happens in London, the right organisations can then quickly work together. LCEP must ensure our partners have the friends they need before they need them. They need the right information to act, and must be able to share their extensive skills and limited resources effectively.

This includes building links with the faith and belief sector. The pandemic highlighted how important faith groups are to helping communities, including reaching some of the most vulnerable and disadvantaged. It also includes maintaining strong links with funders who can provide the resources necessary and adapt their funding to help (the good offices and close involvement of London Funders as well as the backing of City Bridge Trust help in this regard).

We have begun on this journey and put these ideas into practice. Thanks to support from City Bridge Trust, the GLA, and London Councils, we can now recruit a team dedicated to developing LCEP further and embedding it fully into London’s voluntary and community sector, and as part of the capital’s emergency response. You can read about and apply for these posts below.

LCEP is also in London’s formal resilience structures, so we can help foster more robust and effective responses to emergencies with the voluntary and community sector.

The pandemic highlighted the strength and robustness of London’s communities and charities. When a crisis hits, the voluntary and community sector is among the first to respond, and uses its expertise, knowledge of communities, and flexibility to help. Knitting this together effectively is the work of LCEP.

Martin Brookes is Chief Executive of London Plus. You can contact Martin at martin@londonplus.org.

Robyn Knox is Director of VCS Emergencies Partnership. You can contact Robyn at robyn.knox@vcsep.org.uk.

@PYL_London are hosting an online event on #poverty, the #CostofLivingCrisis, and #MentalHealth as part of their mental health series... 📆08/02/23 🕙10am Register below 👇 loom.ly/PpuEa8g